It's All Small Stuff 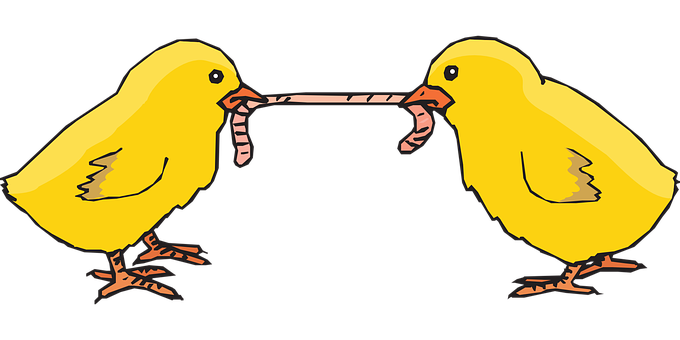 It is a terrible reality that world hunger has started to increase to afflict more than 2 billion persons worldwide... in the battle against hunger..., suffering from an increase of malnutrition and poverty, the problem involves the Earth in its whole. Farming-edible-insects- for mankind in its search of strategies for alternative food supply and environmental preservation... In particular, it appears necessary to enhance the diversity and sustainability of the food supply. The breeding of edible insects: 10 times cheaper than the production of meat, they packed with nutrients but they are less harmful to the climate eating Grasshoppers to beef, In fact, many companies have included - insects in feed ingredients for aquaculture and poultry farming. 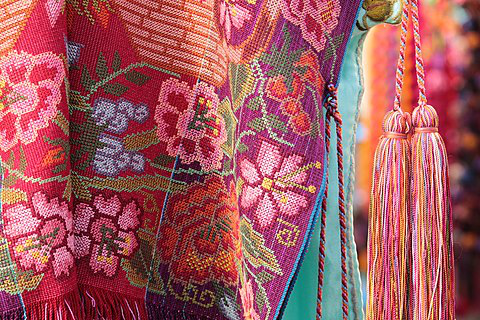 More people are eating bugs – but is it ethical to farm insects for food?

– but is it ethical to farm

What is the life of a cricket worth?

with hundreds of companies worldwide

value of insect farming is expected to surpass

Farmed insects, or “mini-livestock,” refers to

insects such as crickets and mealworms

raised for the sole purpose of being sold as

These are not the fried tarantulas on a stick

as novelties. High-protein insect powder can

be used in foods from breads to buns, pasta

and protein bars. Such products are already

available in countries including the U.S.,

promotion of edible insects in new markets, I

have seen how much progress has been

made in the past decade in normalizing the

idea of eating insects worldwide. Now is the

time to evaluate the ethical aspects of insect

requires about 10% of the feed, water and

land used for the same amount of beef

production, and releases as little as 1% of the

greenhouse gases. Insects have a lower

environmental impact even compared to other

ups these benefits. Black soldier flies can be

are then used as feed for fish and poultry,

recycling waste and reducing reliance on

provide important sources of protein and

income for rural households. They can be

established cheaply, with little space, and are

a boon for smallholder farmers who lack the

resources for livestock, all the while

A good example is the “Insects for Peace”

program that has helped ex-combatants in

post-conflict Colombia with their reintegration.

The former soldiers have found livelihood

farming black soldier flies, which are used as

a feed component for livestock.

An additional bonus is that insects do not

evoke much empathy. With exceptions, even

mosquitoes, let alone the millions of

Those who do mind can rest assured that

is conveniently easy: While cramped, hot,

filthy settings in factory farms are cruel for

mealworms that thrive when crowded

together. One can imagine that there are not

many requirements to set up a humane 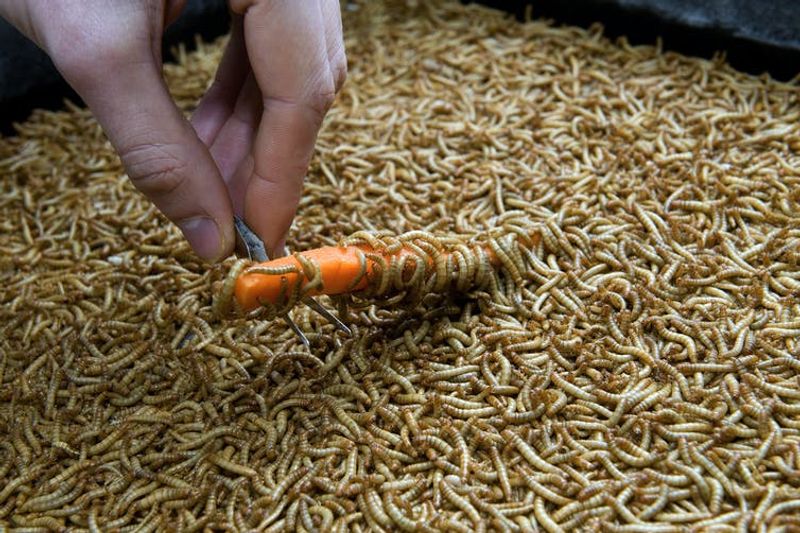 Scholars and advocates believe that the mass

slaughter of insects should be done in the

The slaughter of insects is another issue.

many are concerned about insect pain

perception and providing their mini-livestock a

“good death.” The most common slaughter

methods large-scale insect farmers use are

freezing or freeze-drying, with the

assumption that the cold-blooded insects will

While insects can and do sense physical pain,

they likely do not do so consciously.

that many insect behaviors are “incongruent”

with pain as mammals experience it, citing

legs or mantids mating while their partner

Eisemann’s influential review of the field, “Do

Insects Feel Pain?,” concluded that they are

missing too many neurological, chemical and

behavioral signs for a pain state.

Nonetheless, scholars such as Eisemann and

other advocates agree that insects should be

farmed and killed with the assumption that

they do feel pain. That means the slaughter

method should be as quick and painless as

While certainly less potentially painful than

boiling, as extreme heat is known to induce

Shredding is a popular alternative: At their

small size, insects can be reduced to powder

almost instantaneously, before they could

public perception of pulverization is still

negative compared with freezing, but insect

farmers increasingly view it as the more

pain, if they can “suffer” at all, combined with

the environmental and social benefits of

Meyers to argue that eating insects is not only

This idea gave rise to the term “entovegan.”

arthropods, secure in the knowledge that

their diet is both sustainable and ethical.

How much are insect lives worth?

What gives some strict vegans pause is the

In a 2020 preprint, animal welfare activist

Abraham Rowe calculates that 1 trillion to 1.2

for food and feed, not including harvested

globally in any given day, compared with only

about 22 billion chickens, Earth’s most

So, how valuable is an insect’s life compared

with a plant’s or a bacterium’s? Capacity for

consciousness is a popular metric for

determining if an organism has moral

standing, even though there is no agreement

on how to actually measure that.

[Get the best of The Conversation, every

If one assumes, hypothetically, that insects are

probability that insects can suffer is 0.1%,

then killing 1,000 crickets has a similar ethical

footprint as killing one cow. That may seem

generous, yet in his guide “How to Reply to

Some Ethical Objections to Entomophagy,”

philosopher Bob Fisher calculates that one

The math changes, however, when one

considers how many animals die in

of crops at risk from pesticides, as well as

millions of deaths not only to traditional meat

production through the fields of feed, but also

to almost any cultivated crops, including soy.

Russell, “There is no such thing as a bloodless

Fisher calculated that the number of insects

killed to produce a plant-based diet or an

insect-based diet are about the same,

meaning entoveganism and veganism are in

organic wastes, all but eliminating the

environmental and animal death costs of

plant farming, may be the best option of

about insect sentience and slaughter are no

longer just philosophical: The well-being of

trillions of creatures is at stake. 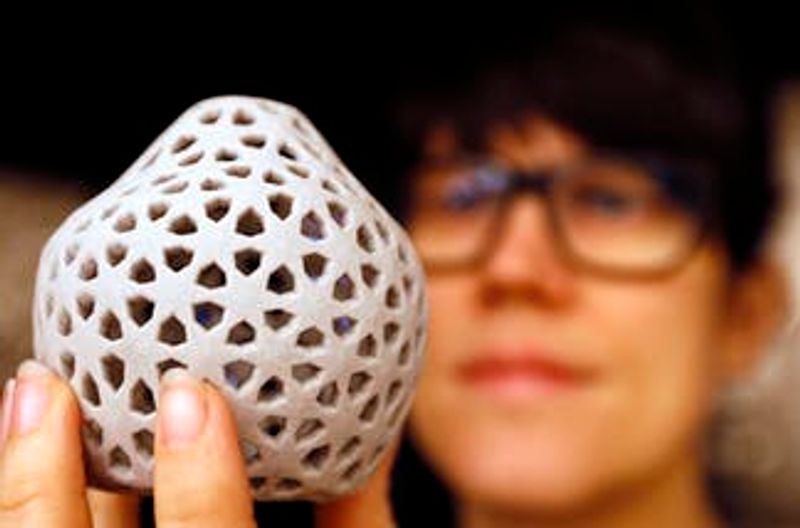 Bugging out: How we’ll feed ourselves in 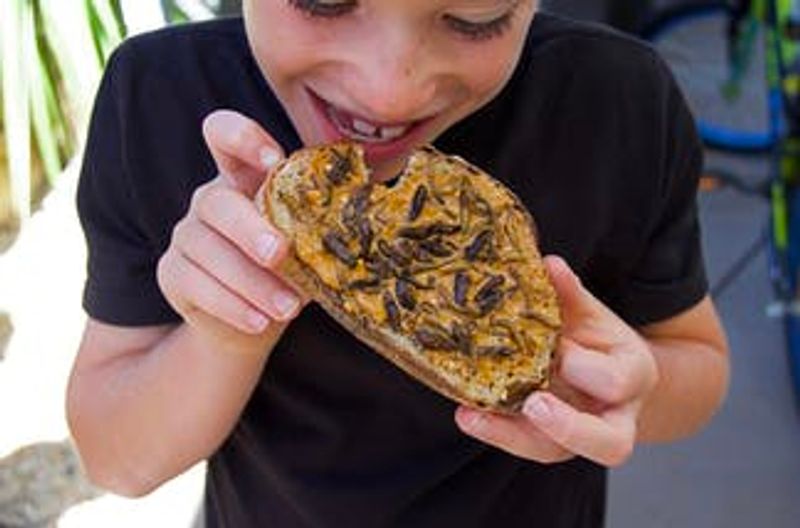 4 reasons insects could be a staple in 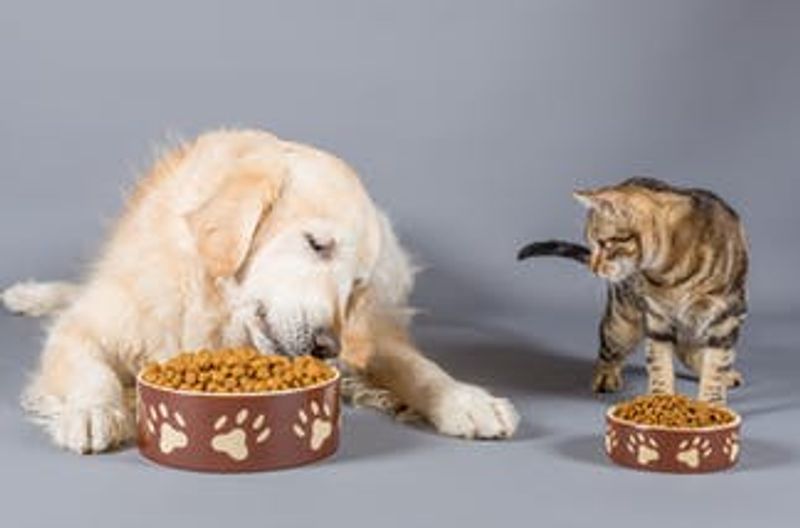 Insect protein: dish of the day for your 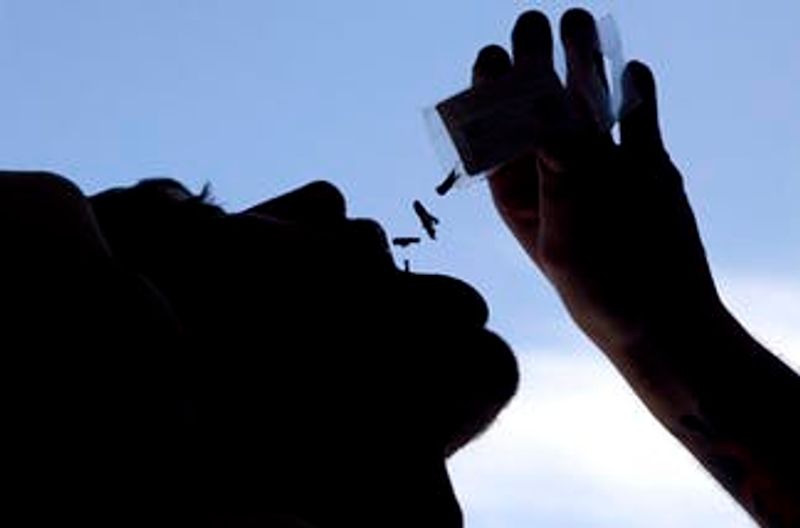 Write an article and join a growing community of more than 149,500 academics and researchers from 4,427 institutions.

Oldest Newest
Show all comments
How The Conversation is different

Every article you read here is written by university scholars and researchers with deep expertise in their subjects, sharing their knowledge in their own words.

We don’t oversimplify complicated issues, but we do explain and clarify. We believe bringing the voices of experts into the public discourse is good for democracy.

We bring the expertise of academics to the public.
About team
As an entomologist who has studied the potential
This article, "more people are eating bugs but is it ethical to farm insects for food"
first published on the conversation

The breeding of edible insects: 10 times cheaper than the production of meat,
they packed with nutrients but they are less harmful to the climate
eating Grasshoppers to beef
You can have an insect farm in the basement and in your house and you will have a million insects in a few days," says Bill Broadbent,
Sustainability...

-------------------------
The breeding of edible insects: 10 times cheaper than the production of meat,
they packed with nutrients but they are less harmful to the climate
eating Grasshoppers to beef
You can have an insect farm in the basement and in your house and you will have a million insects in a few days," says Bill Broadbent,
Sustainability...

===========
Although the poorest countries will be the most severely affected by the effects of climate changes, suffering from an increase of malnutrition and poverty, the problem involves the Earth in its whole. The only way to contrast this gloomy scenario is a global policy addressing the improvement of social and economic conditions as well as of the access to food -
The first main challenge that deserves mention is related to the acceptance of insects and insect-based products in modern societies. Although edible insects have been part of the human diet in various regions around the globe since ancient times, people living in modern societies, and particularly in Western countries, feel uncomfortable with the idea of consuming food with ingredients deriving from insects. The feeling of disgust...
in recent years while overweight and obesity plague most opulent countries....
-------------------------
It is a terrible reality that world hunger
has started to increase
in the battle against hunger...
The food for these people has become unaffordable or unavailable, and in some cases, potentially unsafe for human health. In addition, micronutrient deficiencies, also known as hidden hunger, have been estimated to afflict more than 2 billion persons worldwide. Characterized by devastating adverse effects involving poor health and mental impairment, and even death in the long term, it is particularly acute in children, compromising their existence. Often caused by local political and social crises, food insecurity is also deeply related to the inefficiency of the food production system.
================
Unfortunately, this is already quite challenging, in the light of the growing threat to available land represented by climate changes. The surface area of land involved in agricultural activities is progressively reducing, and, even worse, numerical simulations predict, for specific soil and climate conditions, that the yield per hectare in cereal and other important cultivations can decrease in the next future.
-------------------------
for mankind in its search of strategies for alternative food supply and environmental preservation and protection. In addition, although entomophagy is definitely far from the culture of the vast majority of industrialized countries, people have begun considering insects as a means to support the ever-increasing world’s population...

Indeed, while the percentage of edibility is as high as 80% for crickets, it reduces to 55% for chickens and pork and drops to 40% for cattle.


specific case studies,
For instance, it has been estimated that 2.5 kg of feed is needed for chickens, 5 kg for pigs, and up to 10 kg for cows


investigations indicate that, on the average, livestock have to be fed about 6 kg of plant proteins to produce 1 kg of high-quality animal proteins. The amount of feed needed to obtain 1 kg of meat, or, equivalently, a weight increase of 1 kg, depends significantly on the class of animals fed as well as on the farming system adopted.
-------------------------

for mankind in its search of strategies for alternative food supply and environmental preservation and protection. In addition, although entomophagy is definitely far from the culture of the vast majority of industrialized countries, people have begun considering insects as a means to support the ever-increasing world’s population...

In particular, it appears necessary to enhance the diversity and sustainability of the food supply. However, what to do, and how to do it, is still a matter of debate. It is not clear what this global policy has to be and, moreover, governments and other international institutions are far from finding an agreement concerning the concrete actions that have to be undertaken. Sadly enough, questions regarding global policies represent societal challenges themselves.
At this difficult time, it is Nature itself that seems graciously inclined to show a possible solution... 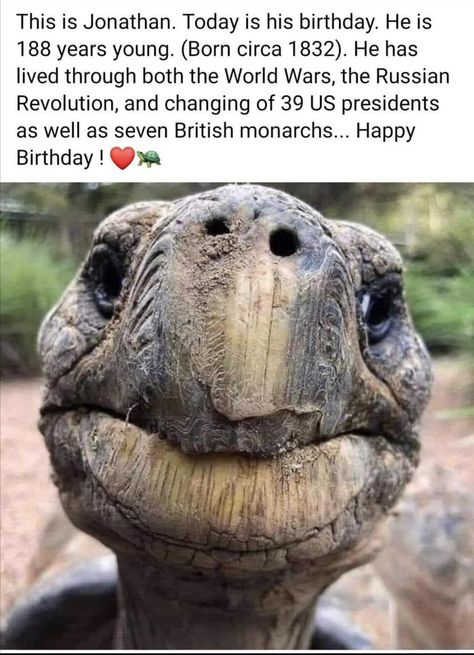